On the morning of February 26, 2020 at 5:34 AM Mountain Standard Time (2020 February 26 12:34 UTC), eyewitnesses in the states of Arizona, New Mexico and California reported seeing a very bright fireball. This event was captured by several cameras in the region, including 3 NASA all sky meteor cameras located in southern Arizona and New Mexico. Analysis of the videos indicate that the meteor became visible 58 miles above Black Canyon City, Arizona, moving to the southeast at 59,000 miles per hour. It ablated 17 miles above the hills to the northeast of Hog Island. The fireball, which at its peak was brighter than the Full Moon, was caused by a fragment of a Jupiter family comet about 10 inches in diameter and weighing 40 pounds. The orbit is typical for such fragments, having a close approach to the Sun just inside the orbit of Venus and an aphelion out near the orbit of Jupiter. 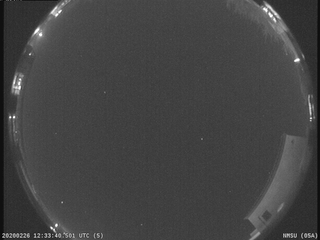 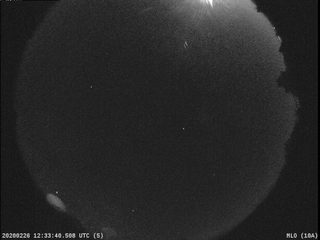 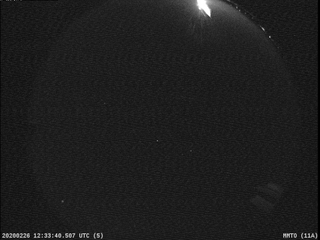