On February 26th, 2020 at 8:14 PM Mountain Standard Time (2020 February 27 3:14 UTC), a 10 lb, 6 inch diameter fragment of an asteroid entered the atmosphere over Arizona, producing a bright fireball seen by many eyewitnesses in Arizona, New Mexico, Colorado and Utah. It was also detected by several cameras in the region, including 3 NASA all sky meteor cameras in southern Arizona and New Mexico, and an EarthCam located in Sedona. Analysis of the video data shows that the fireball, which had a speed of 36,000 miles per hour, began to ablate at an altitude of 50 miles above the Arizona town of Chambers near Interstate 40. After travelling slightly east of south for 35 miles, the object finally vaporized 21 miles above the desert east of Navaho Number 5 Airport. At its brightest, the fireball exceeded the quarter Moon in intensity. The orbit of the fragment had a close approach to the Sun just inside that of Earth, and an aphelion in the Asteroid Belt between Mars and Jupiter; it has no relation to the comet fragment that produced a fireball over Arizona seen earlier that day, at 5:34 AM MST. 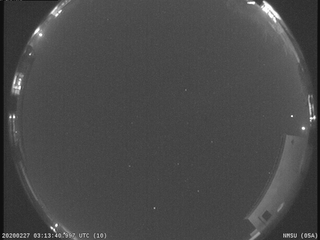 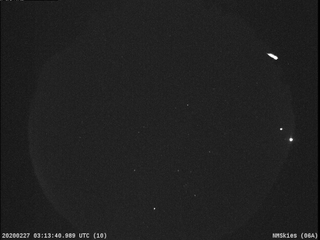 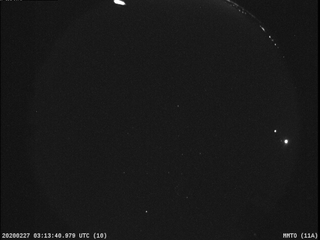 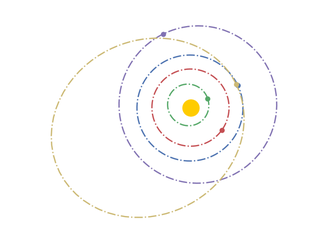