On September 30, 2020 at 6:25 AM Eastern Daylight Time, hundreds of eyewitnesses in the states of Pennsylvania, Ohio, West Virginia, Indiana, Kentucky, Virginia, New York, and Michigan, as well in southern Ontario, reported seeing a bright fireball. It was also detected in several all sky meteor cameras in the region, 2 belonging to the NASA Fireball Network and 4 that are part of the Southern Ontario Meteor Network. Analysis of the video data from these systems indicates that the fireball (which was caused by a cometary fragment weighing over 2 pounds) was at least as bright as the crescent Moon at its peak, and first appeared 82 miles above Hanover Township in Pennsylvania, moving to the NW at 150,000 miles per hour. The meteor fragment in a brilliant flash of light at an altitude of 57 miles above the Ohio town of East Liverpool, near the Pennsylvania border. This fireball was also captured on numerous other cameras and instruments such as the Geostationary Lightning Mapper onboard the GOES weather satellite and radiometers at the University of Western Ontario. 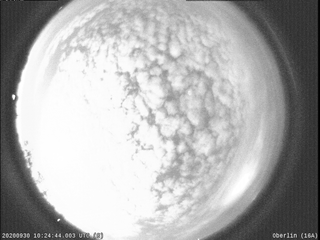 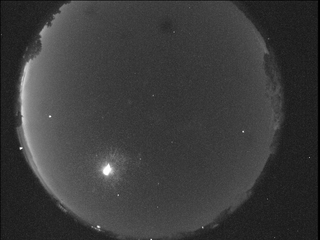 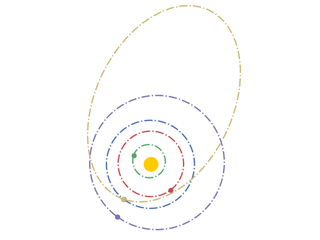